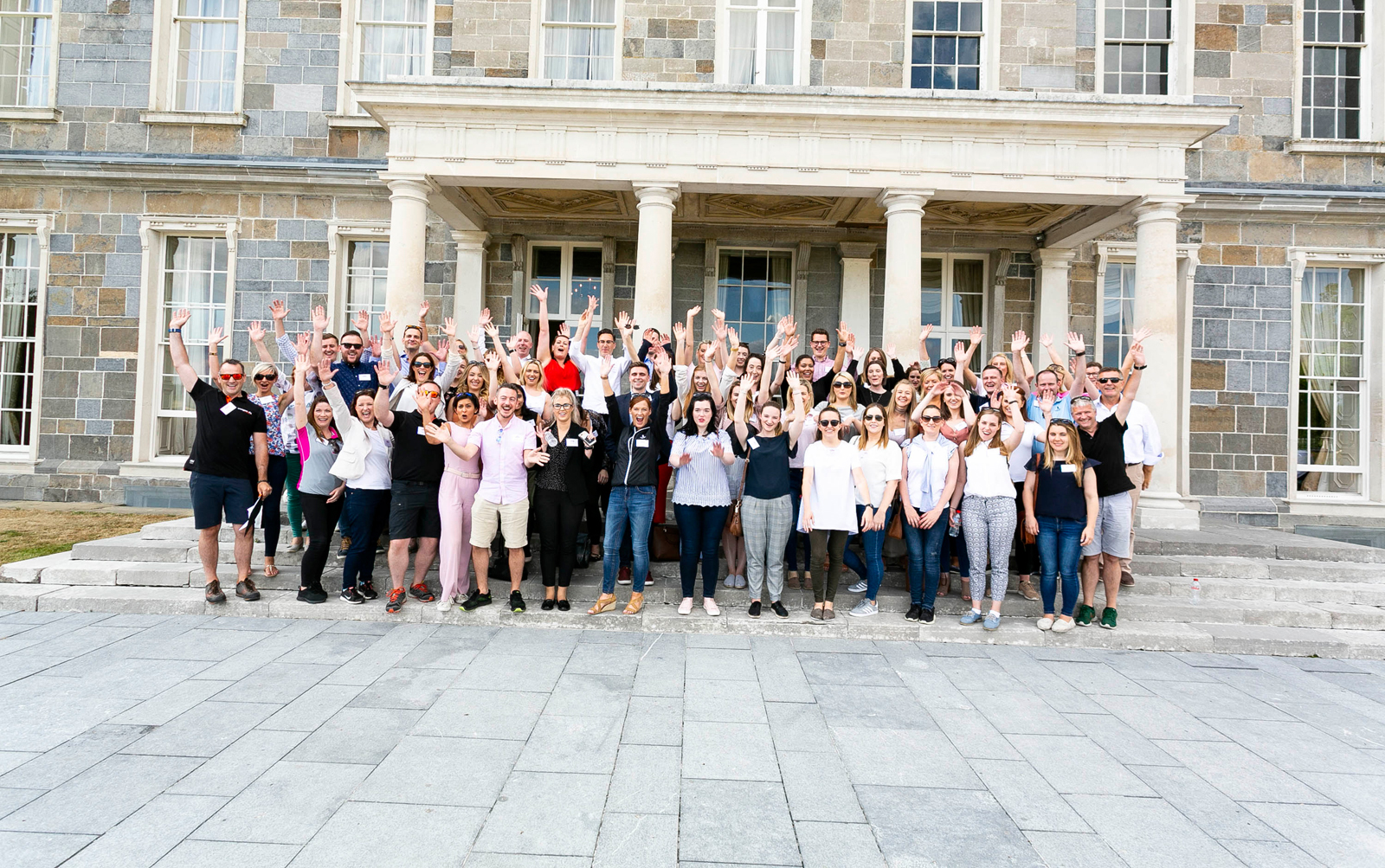 Partnering With Carton House For The SITE Ireland Summer Soirée

Partnering With Carton House For The SITE Ireland Summer Soirée

On the 26th of July 2018, the SITE Ireland ‘Summer Soirée’ took place at Carton House Estate, with over 80 delegates attending the members-only event. Orangeworks & Carton House co-hosted the event to provide an unforgettable experience.

SITE Members were collected from Dublin City centre and coached to Carton House Estate by Bartons Coaches.  On arrival at the house, guests were greeted by the Team from Orangeworks, Carton House & SITE Ireland.  The prosecco flowed and the canapes kept coming as the DJ & Electric Violinist produced a phenomenal uplifting beat. After a half hour of networking & catching up, all members were brought into the Drawing Room for a quick welcome from all of the organisers involved.

After a very brief collection of speeches, Orangeworks ‘Atmosphere Engineer’, Oddie Braddell, brought the delegation out to the Rose Garden for a quick Ice-Breaker activity! A hilarious group game of Rock, Paper, Scissors ensued until one skilful SITE member became victorious.

Immediately afterwards, the members posed on the steps of the main house for the annual group photo. Two groups then formed, and everyone either jumped into a Land Rover or Golf Buggy to explore the estate.

Members had the pleasure of taking part in a variety of competitive and experiential outdoor activities including; a 40ft Tree Climb in the forest, a Golf Putting Challenge on the practice green, Falconry at the rose garden, Spear Throwing on the Moygaddy plains, a Rugby Blitz on the training pitch, Aperol Spritz Cocktail making up by the Tower & Axe Throwing in the forest ‘Timber Lounge’…

The Land Rovers & Golf Buggies completed their routes and the afternoon topped off nicely when members arrived back to an electric atmosphere at the Courtyard.

Jo Petite and The Dream Band filled the walls of the courtyard with hit after hit, the entertainment was off the charts, an incredible band with magnificent energy. The Culinary Team at Carton House set up a spectacular seafood buffet which was presented on top of a ‘boat’ taken from the boathouse on the lake at Carton House only that morning! A fantastically original way to show off the culinary delights that Carton House offer.

The Team from Hendricks were on hand all evening too, dishing out delicious Gin & Tonics as the rhythm of dancing feet increased on the courtyard cobbles and the sun began to set between the arch of the courtyard gates…

The Winning Team was announced before the band were called for more upbeat hits. The event continued on, late into the night at Carton House.

Orangeworks would like to thank Lorraine Allis, Carlo Boersma and all the team at Carton House for all of the effort that went into jointly hosting this special event.

If you have an event coming up and you want a memorable ‘blow them away’ experience, we’re here to help – We absolutely love and thrive on creating unforgettable experiences for the people who deserve them most!